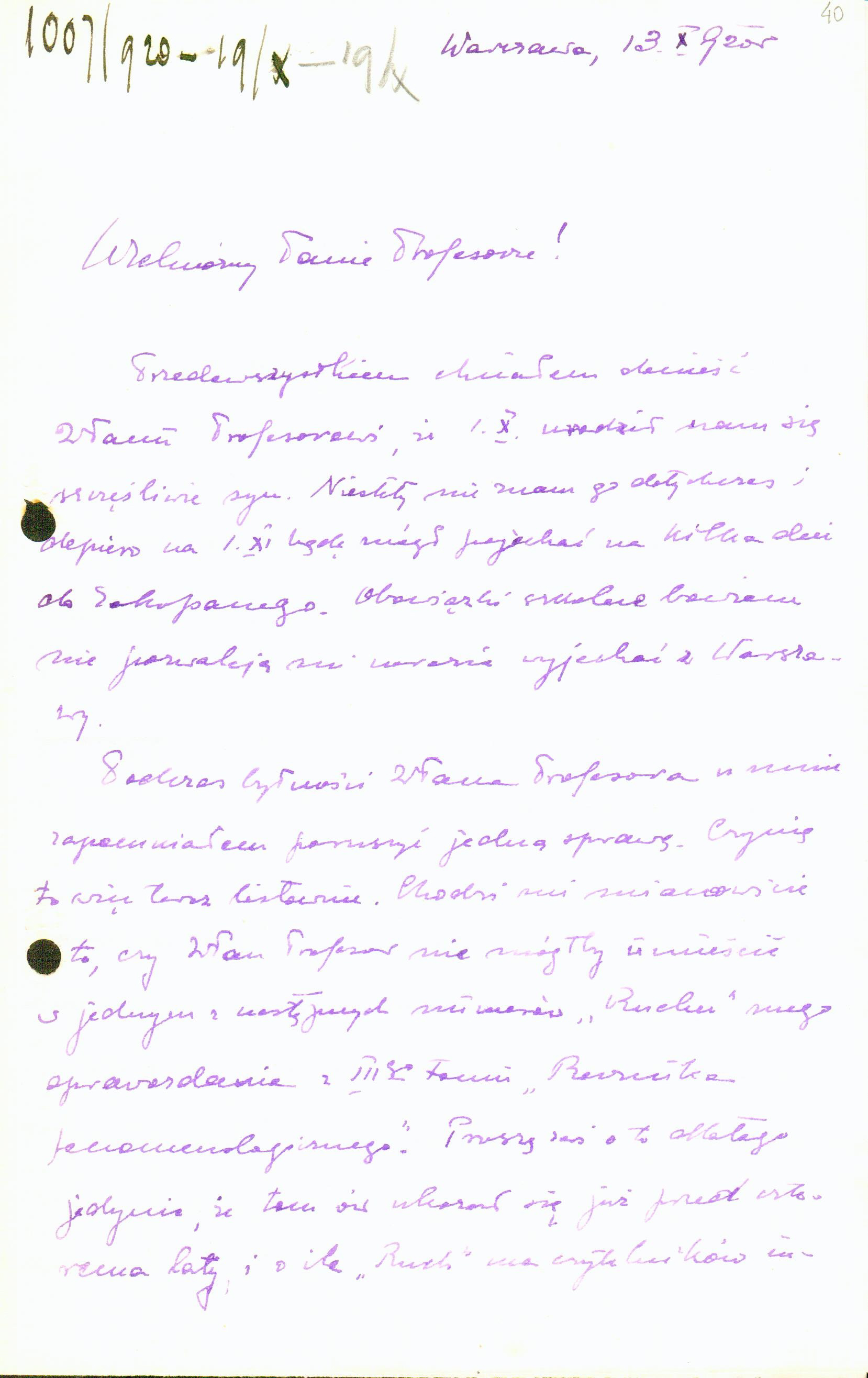 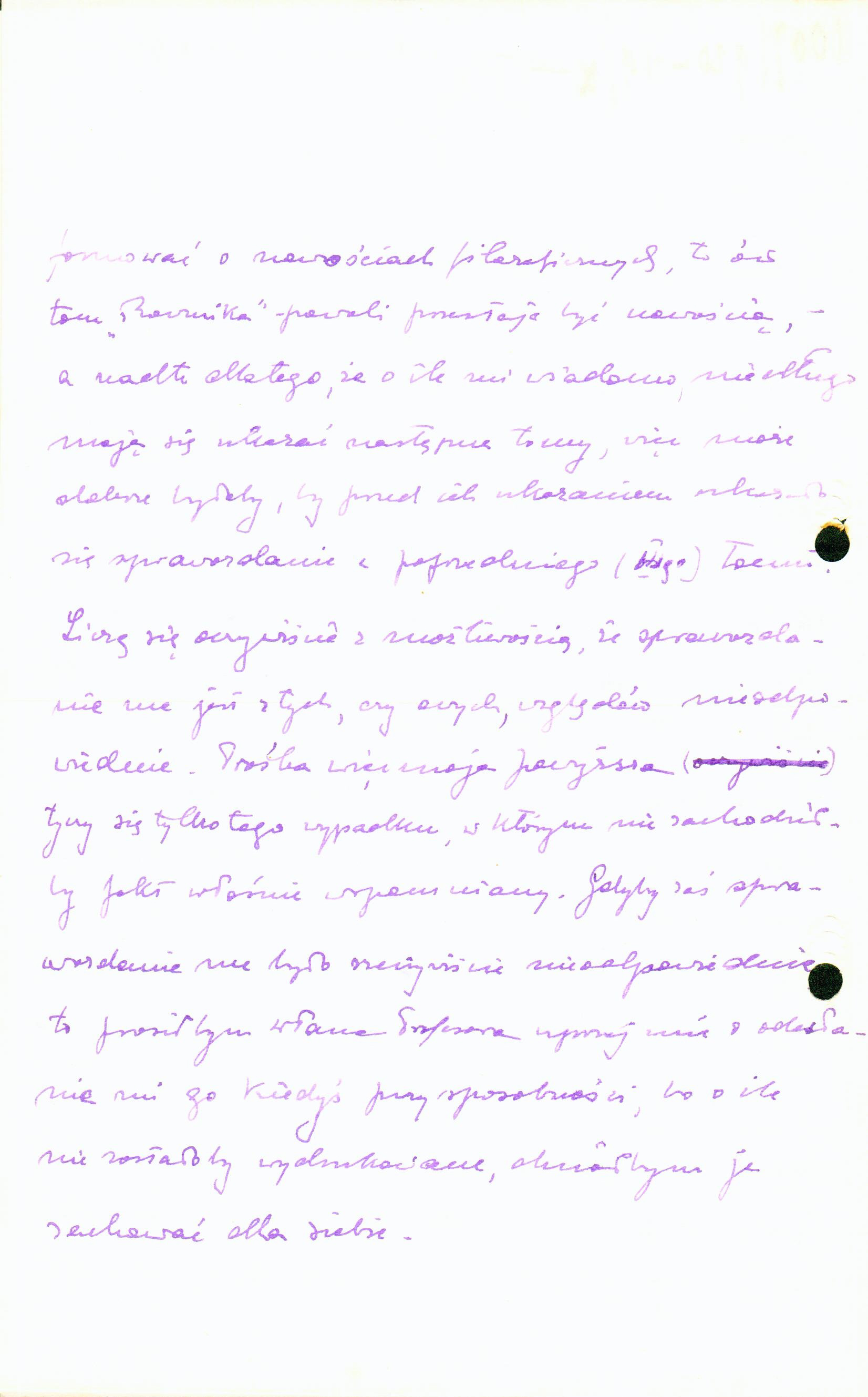 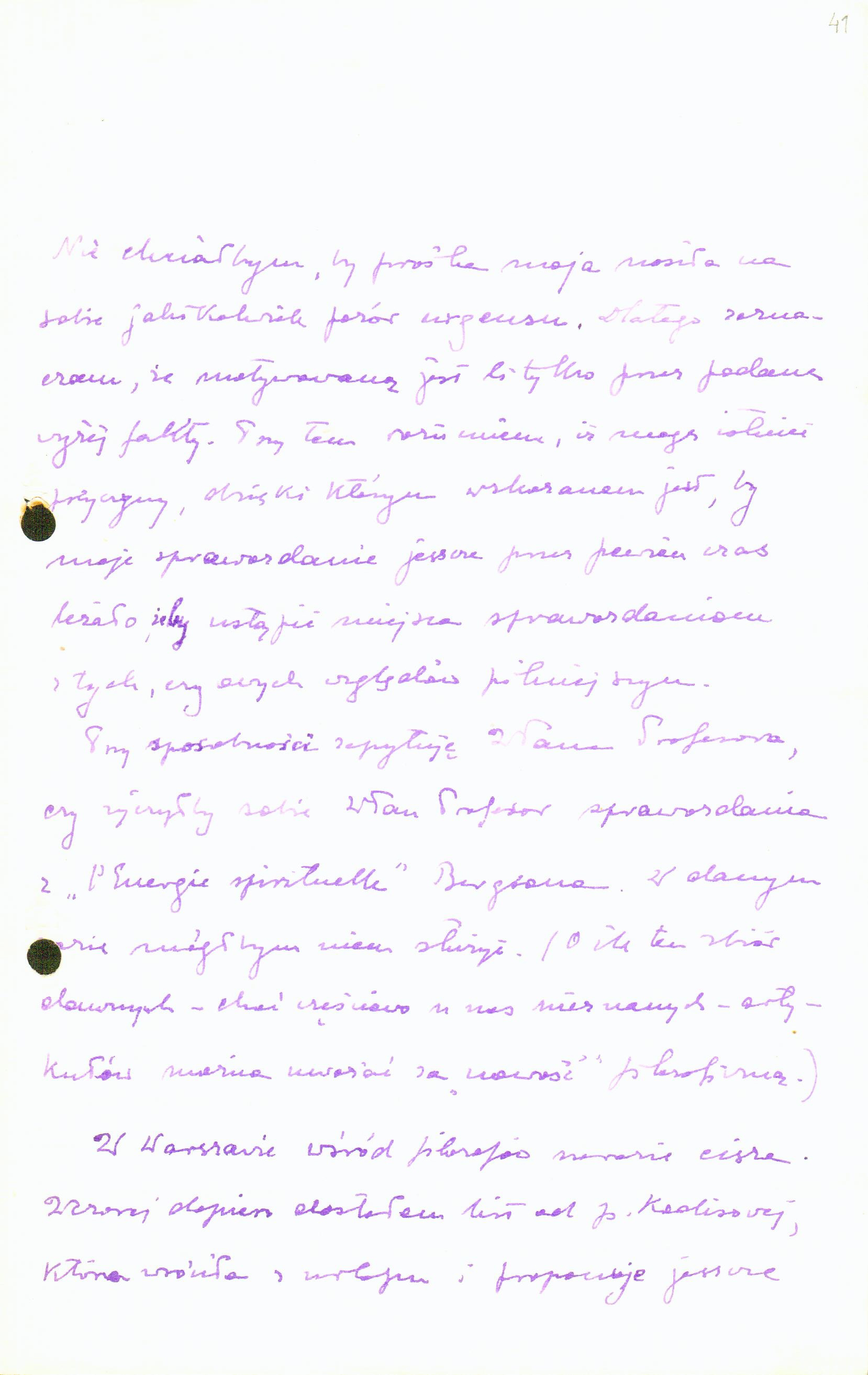 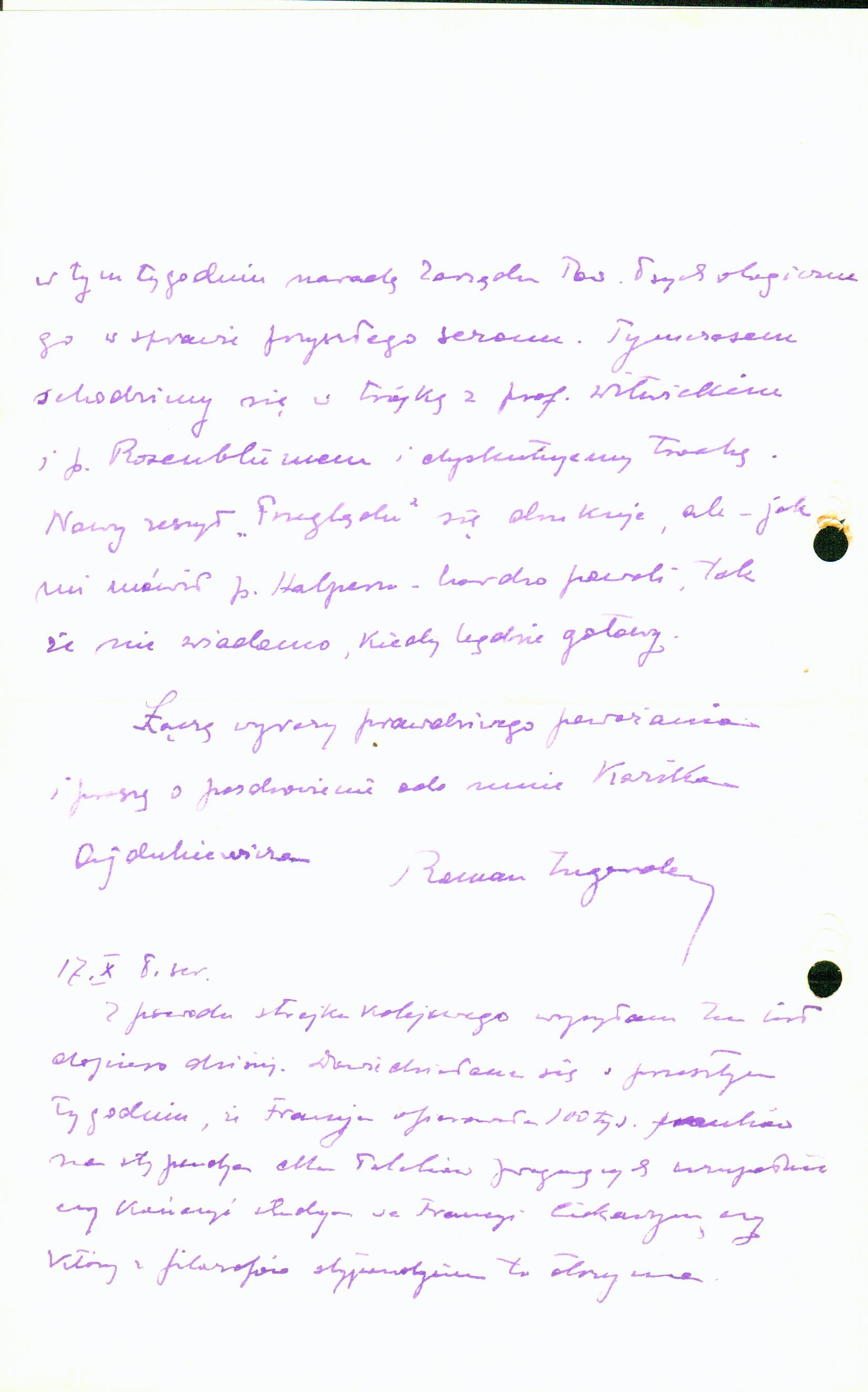 First of all, I wanted to inform you that on 1/10 we were blessed with the birth of a son. Unfortunately, I haven’t seen him yet; not until 1/11 will I be able to go to Zakopane for a few days, as school obligations don’t permit me to leave Warsaw at present.

During your stay with me, I forgot to raise one issue, and thus I’ll do so now in this letter. Namely, I’m concerned as to whether you might be able to place, in one of the next few issues of [Philosophical] Movement, my report on the third volume of Phenomenological Yearbook. I’m asking for this only because it has now been four years since this volume appeared, and, while Movement is supposed to inform its readers of philosophical news, this volume of Yearbook is slowly ceasing to be news – and also because, to the best of my knowledge, the succeeding volumes are to appear soon, and so it may be advisable, prior to their appearance, for a report on the previous (third) volume to appear. I’m assuming, of course, that such a report is not unsuitable due to these or other considerations. Thus this request of mine is applicable only in a case where the aforementioned facts do not enter into consideration. If, however, the report is not really unsuitable, I’d ask you to kindly return it to me at your convenience, since, if it is not to be printed, I’d like to keep it for myself.

I wouldn’t want my request to take on any appearance of urgency. Therefore, I stress that it is motivated only by the facts mentioned above. At the same time, I understand that there may be reasons for which it would be advisable for my report to remain unprinted for some time yet, so as to yield to reports which for one reason or another are more urgent.

Given this opportunity, I’d like to ask you whether you’d like to have a report on Bergson’s L’Énergie spirituelle [Spiritual Energy]. In that case, I can provide it (insofar as this collection of old – though to some extent unknown in Poland – articles can be considered philosophical ‘news’).

In Warsaw, at the moment, silence reigns among philosophers. Just yesterday I received a letter from Ms Kodisowa[O1] , who, having returned from a holiday, is proposing a meeting of the Board of the Psychological Soc. concerning the coming season. Meanwhile, the three of us ‒ Prof. Witwicki, Mr Rosenblum[O2] , and myself ‒ are getting together and having a bit of a discussion. The new issue of Review [Philosophical Review] is being printed, albeit (as Mr Halpern[O3]  told me) very slowly, so that nobody knows when it’s going to be ready.

I enclose expressions of true esteem, and please greet Kazik Ajdukiewicz for me.

17/10 Postscript
Due to the railway strike, I’m only sending this letter today. I learned last week that France has offered 100,000 francs for scholarships for Poles who wish to supplement or complete their studies in France. I’m curious as to which philosopher will receive this scholarship.