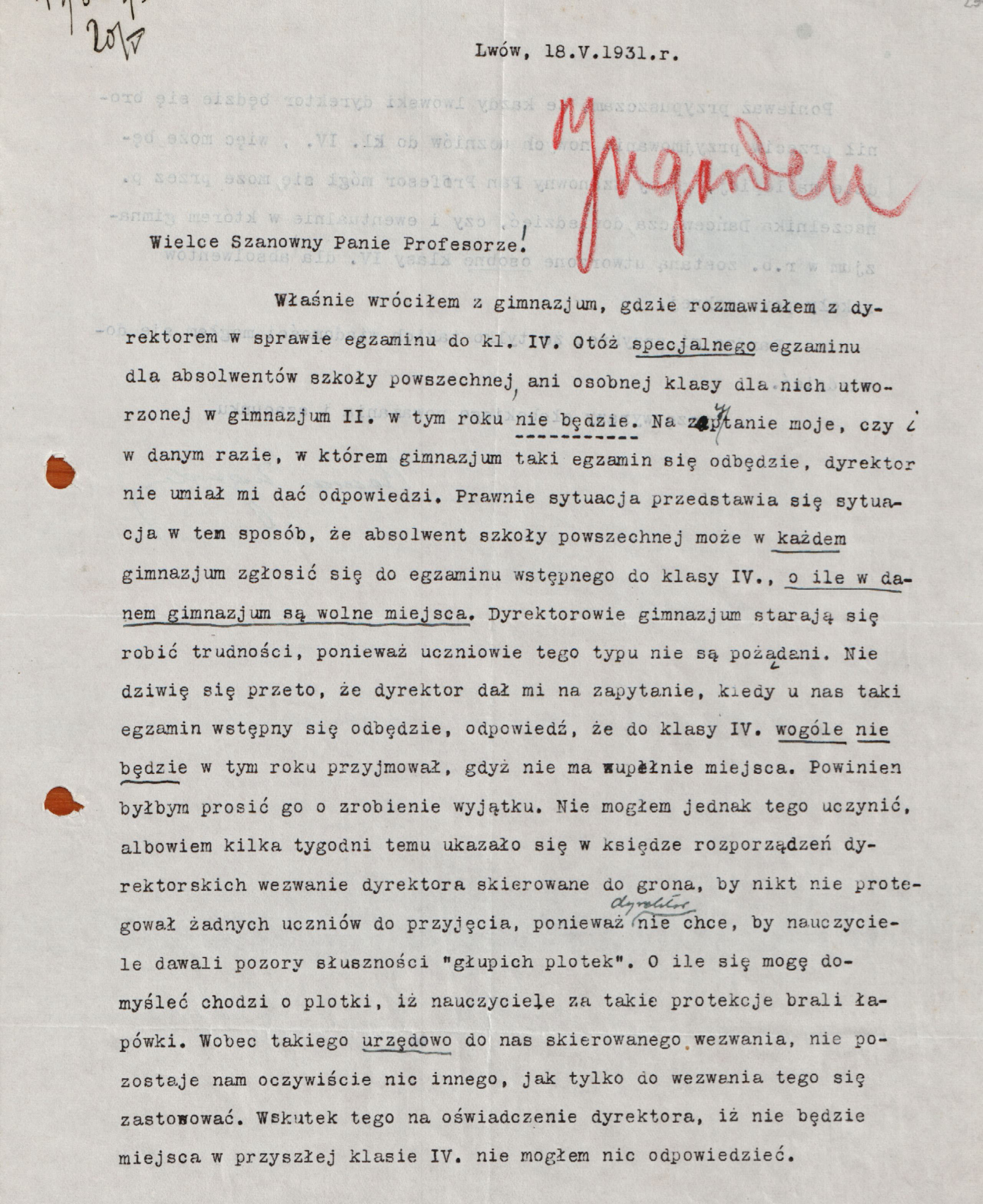 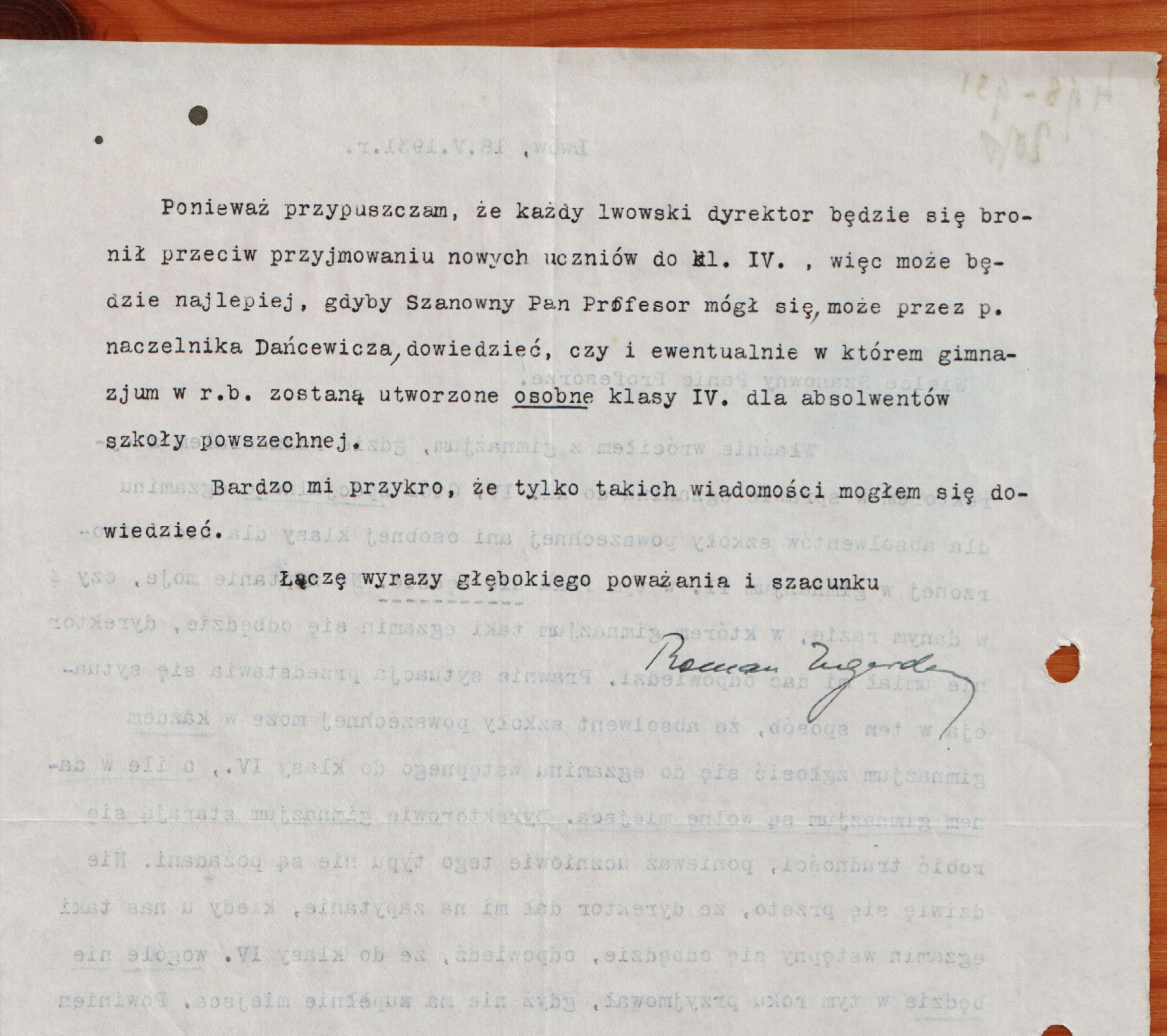 I’ve just returned from the middle school, where I talked to the headmaster about the exam for the fourth class. Well, there will be neither a special exam for graduates of primary school nor a separate class created for them in middle school no. 2 this year. To my question as to whether and, if so, in which middle school the exam will take place, the headmaster had no answer to give me. In legal terms, the situation presents itself as follows: a primary-school graduate can apply to take the entrance examination to the fourth class in any middle school, provided the school in question has a vacancy. Headmasters of middle schools are trying to create difficulties, because nobody wants pupils of this type. Thus I’m not surprised that the headmaster answered my question as to when such an entrance examination will be held at our school by saying that he won’t be accepting anyone at all this year, since there are absolutely no vacancies. I should’ve asked him to make an exception. However, I couldn’t do that, because several weeks ago, an appeal from the headmaster, addressed to the group, appeared in the headmaster’s book of regulations, to the effect that nobody was to promote the acceptance of any pupil, because the headmaster didn’t want the teachers lending credibility to ‘stupid gossip’. As far as I can guess, this referred to gossip that teachers were taking bribes for this kind of promotion. In light of the appeal officially addressed to us, obviously there is nothing left for us to do but simply comply. As a result, I wasn’t able to reply to the headmaster’s statement that there would be no vacancies in the future fourth class.

Since I suppose that every headmaster in Lviv is going to protect himself against having to accept new pupils in the fourth class, perhaps it would be best if you could find out, perhaps through the director, Mr Dańcewicz[O1] , whether, and, if so, in which middle school separate fourth classes will be created this year for primary-school graduates.

I’m very sorry that I was able to obtain only information of this sort.

Application for a reduction in hours written n/d