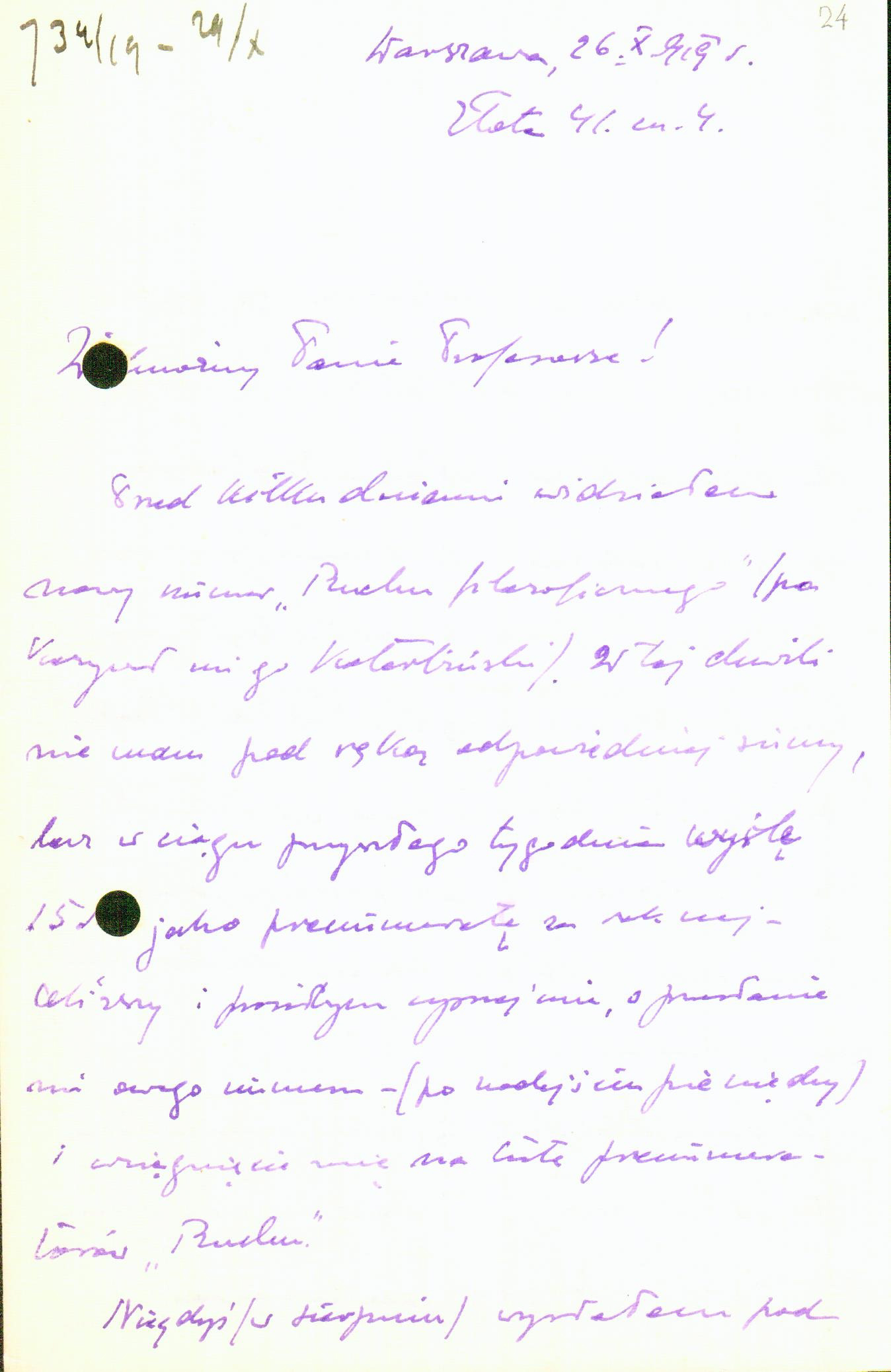 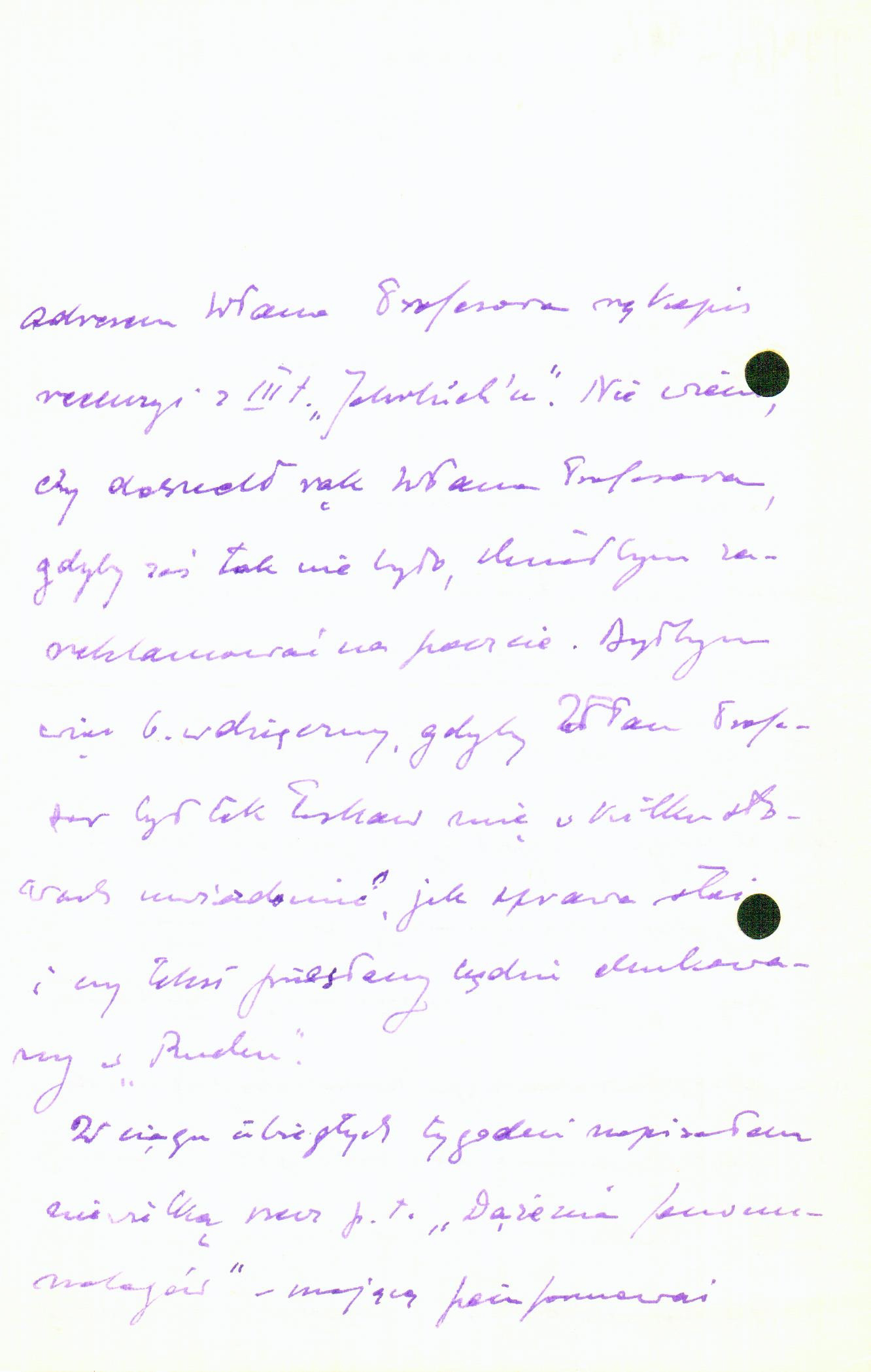 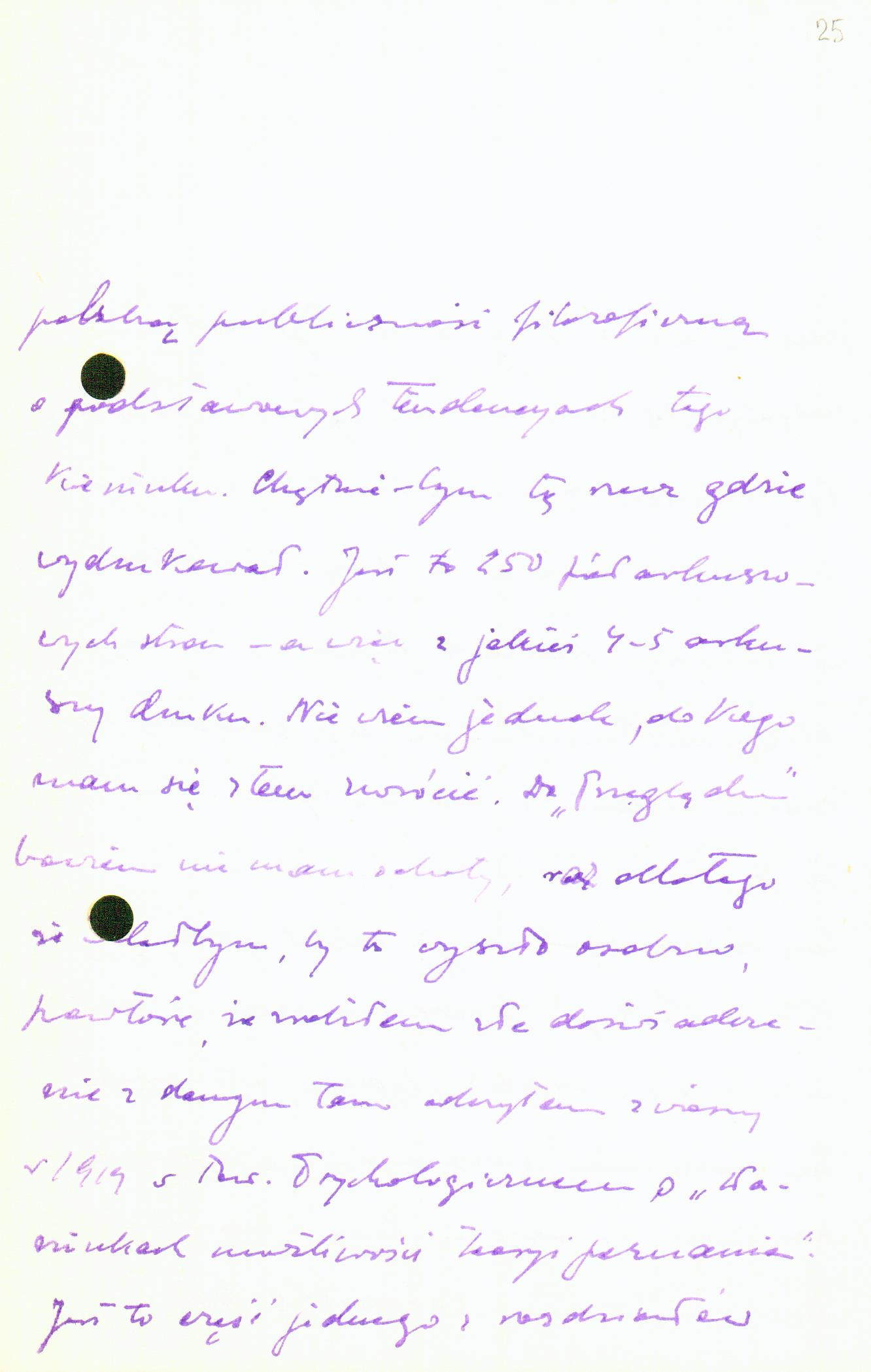 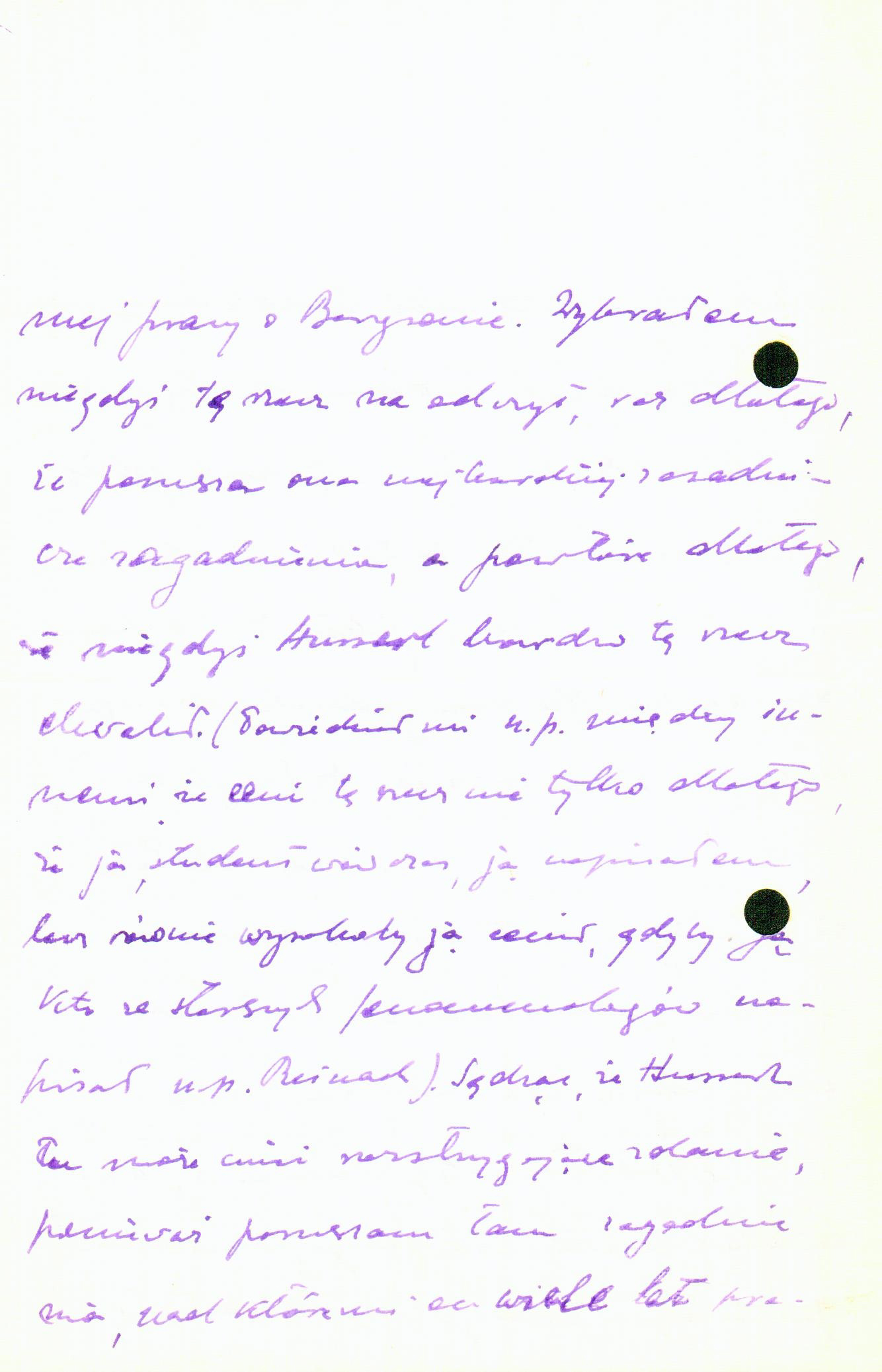 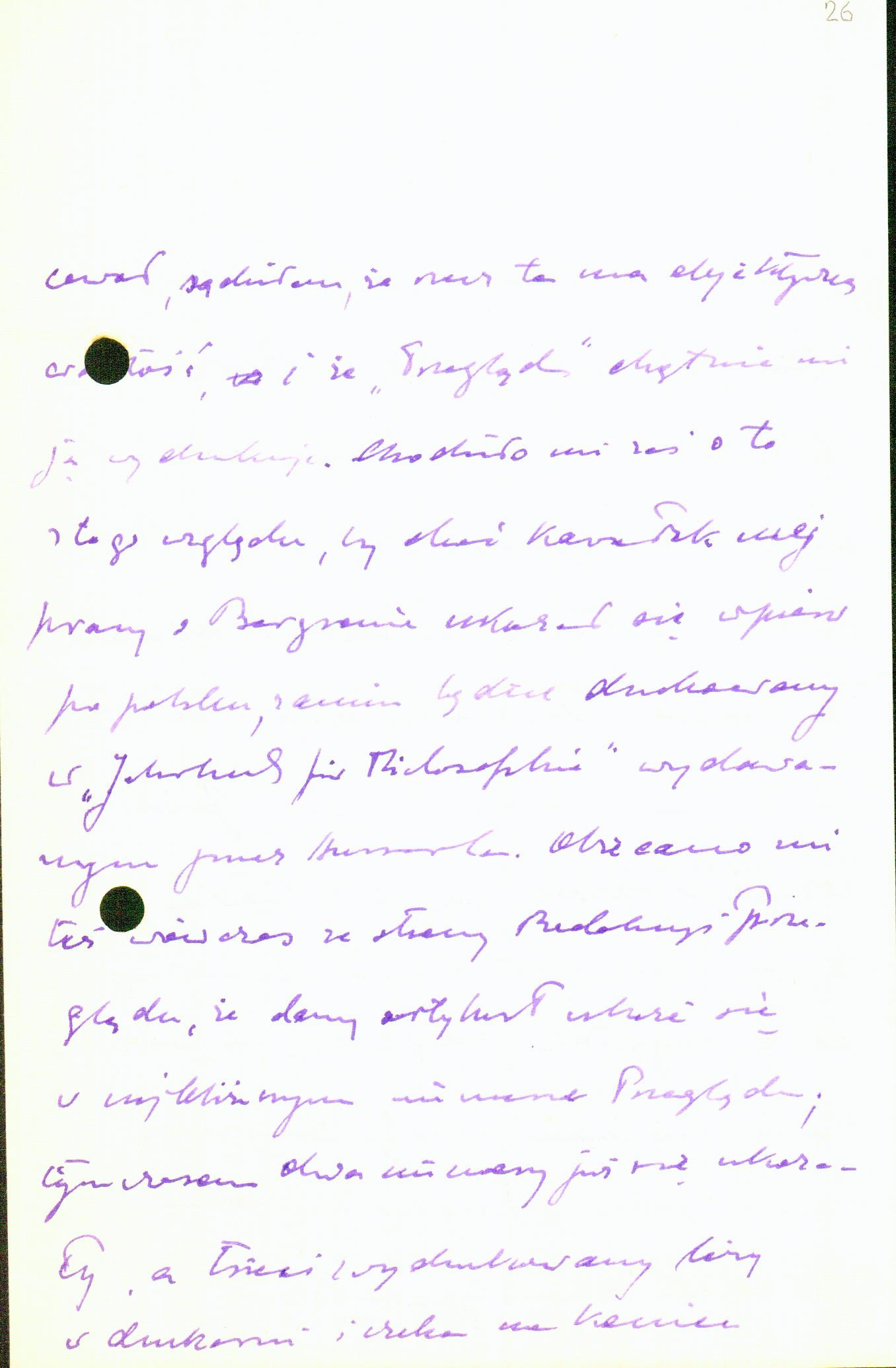 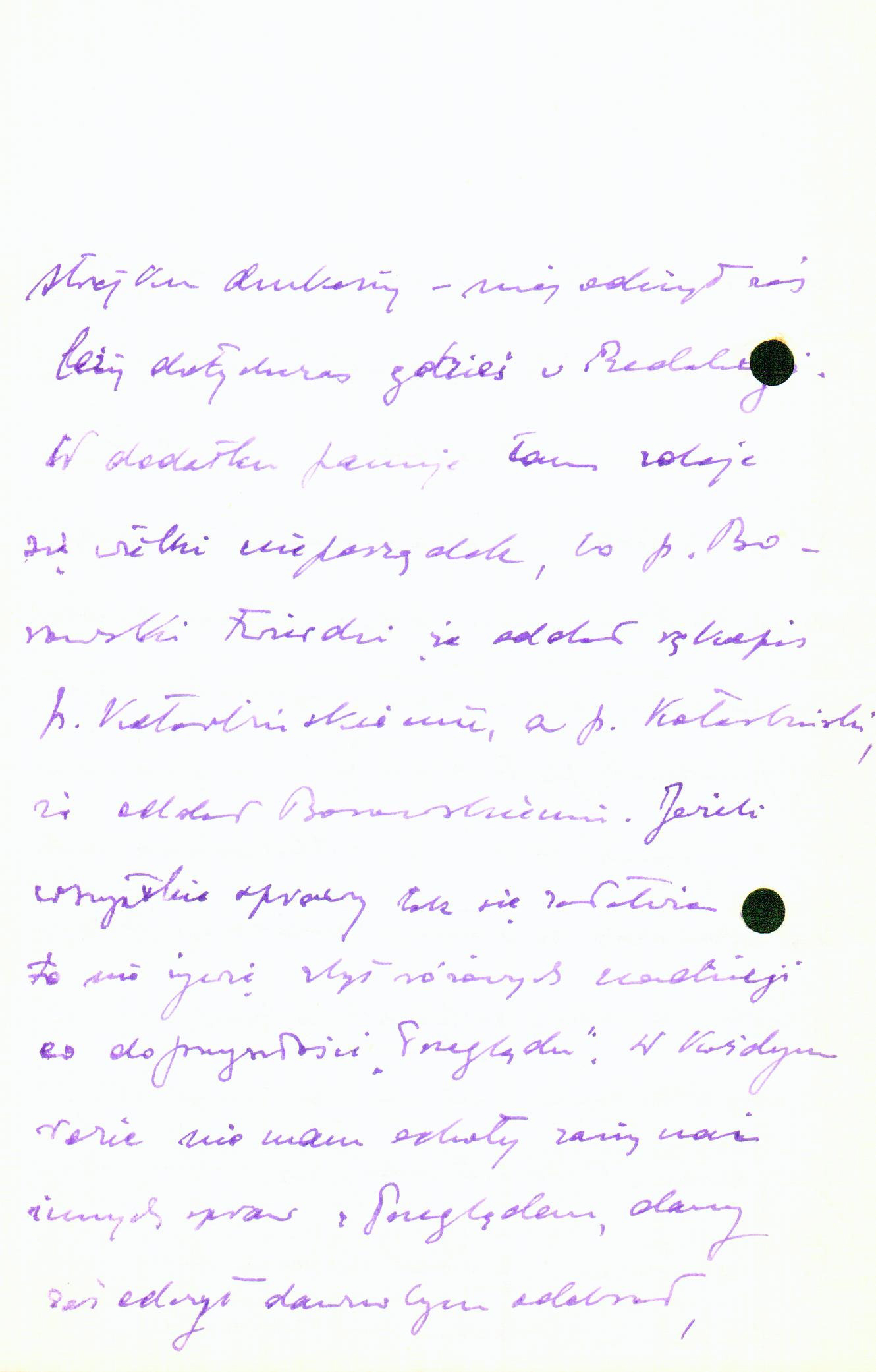 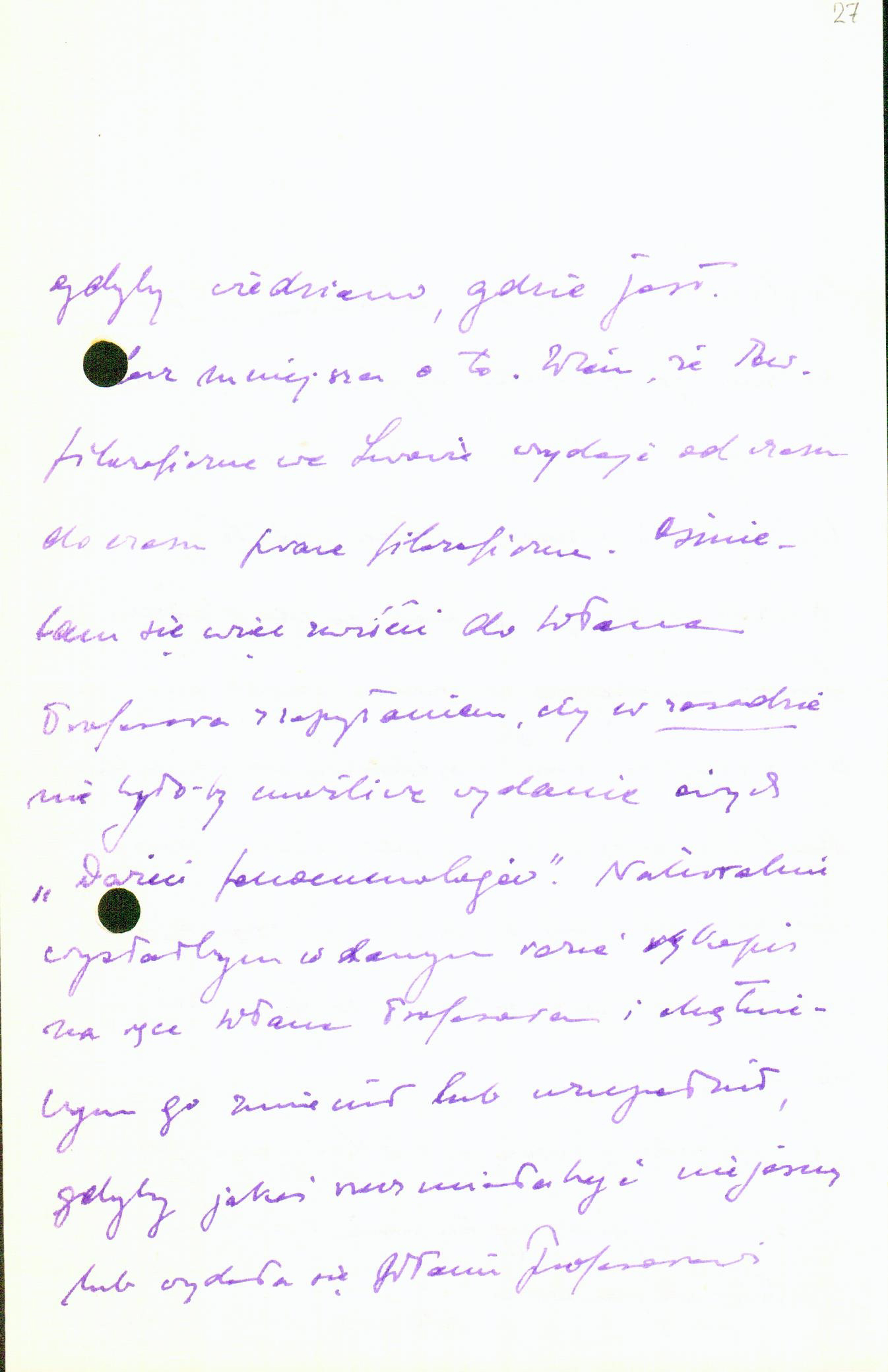 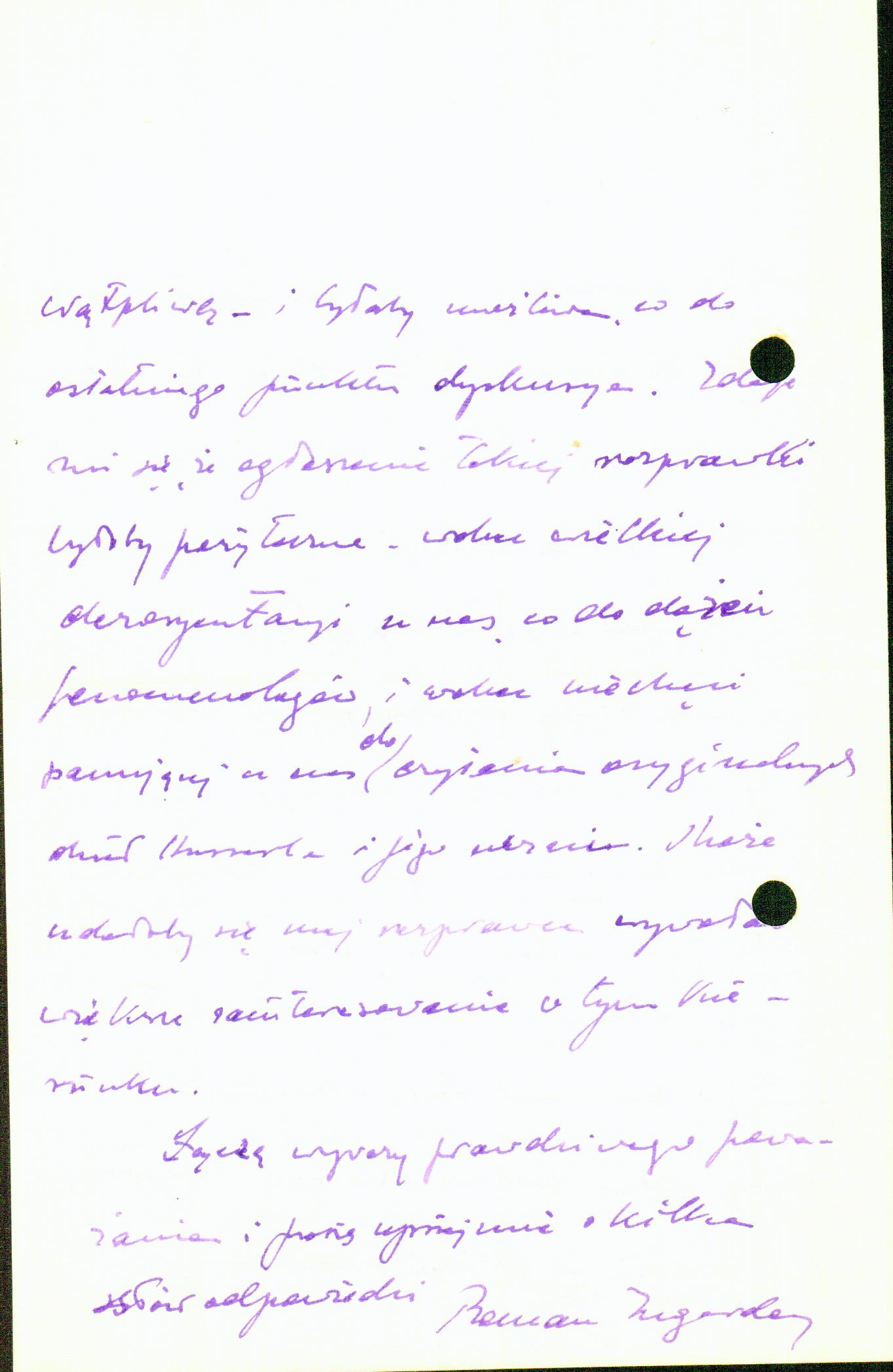 A few days ago I saw the new issue of Philosophical Movement (Kotarbiński showed it to me). At the moment I don’t have the appropriate amount on hand, but over the next week I’m going to send 15 as a subscription for the coming year and ask you kindly to send me this issue (once the money arrives) and add me to the list of Movement subscribers.

At one point (in August) I sent the manuscript of the review of Jahrbuch [German: Yearbook] Vol. III to your address. I don’t know whether it reached you; if it didn’t, I’d like to file a claim at the post office. Thus I’d be very grateful if you could graciously send me a few words to let me know how the matter stands and whether the article I sent will be printed in Movement.

Over the past weeks, I wrote a small piece entitled ‘The Aims of Phenomenologists’, aimed at informing the Polish philosophical audience about basic tendencies in this direction. I’d like to have this piece printed somewhere. It’s 250 half-arkusz pages, thus about 4‒5 arkuszy [O1] of print. However, I don’t know to whom I should turn. I don’t want to send it to the Review [i.e. Philosophical Review], first because I’d prefer it to come out separately, second because I had a bad experience with a certain lecture there in spring 1919 at the Psychological Soc., ‘On the conditions governing a potential theory of cognition’, a part of one of the chapters of my paper on Bergson. I chose this thing at one point for a lecture, first because it addresses the most fundamental issues, and second because Husserl once praised this piece highly. (He told me, among other things, that he valued it not only because I, who was a student at the time, had written it; he would have evaluated it equally highly if one of the older phenomenologists, e.g. Reinach, had written it.) Thinking that Husserl’s opinion might be decisive, since I raised issues he worked on for many years, I believed that this piece had objective value, and that the Review would be happy to print it for me. This was important to me in the sense that at least a bit of my work on Bergson would appear first in Polish, before being printed in the Jahrbuch für Philosophie [German: Yearbook of Philosophy] published by Husserl. I was also promised then by the editors that the article would be published in the next issue of the Review; meanwhile, two issues have appeared, and the third is in press and waiting for the end of the printers’ strike ‒ and my lecture is still lying around somewhere in the editorial office. Not only that, but complete disorder reigns there, because Mr Borowski claims that he gave the manuscript to Mr Kotarbiński, while Mr Kotarbiński says he gave it back to Borowski. If everything is handled in the same way, I don’t cherish very rosy hopes for the future of the Review. In any case, I don’t want to initiate anything else with the Review, and would’ve taken back the lecture long ago if anybody had known where it was.

But enough about that. I know that the Philosophical Soc. in Lviv publishes philosophical papers from time to time. I therefore take the liberty of turning to you with the question of whether it would be possible in principle to publish ‘The Aims of Phenomenologists’. Naturally, in such a case I would send the manuscript directly to you, and would gladly change or supplement it if anything were unclear or seemed doubtful to you ‒ which is possible with regard to the final point of the discussion. It seems to me that the publication of such an essay would be useful in view of the complete lack of orientation in Poland concerning the aims of phenomenologists, as well as the unwillingness here to read the original works of Husserl and his disciples. Perhaps my essay would be able to elicit more interest in this direction.