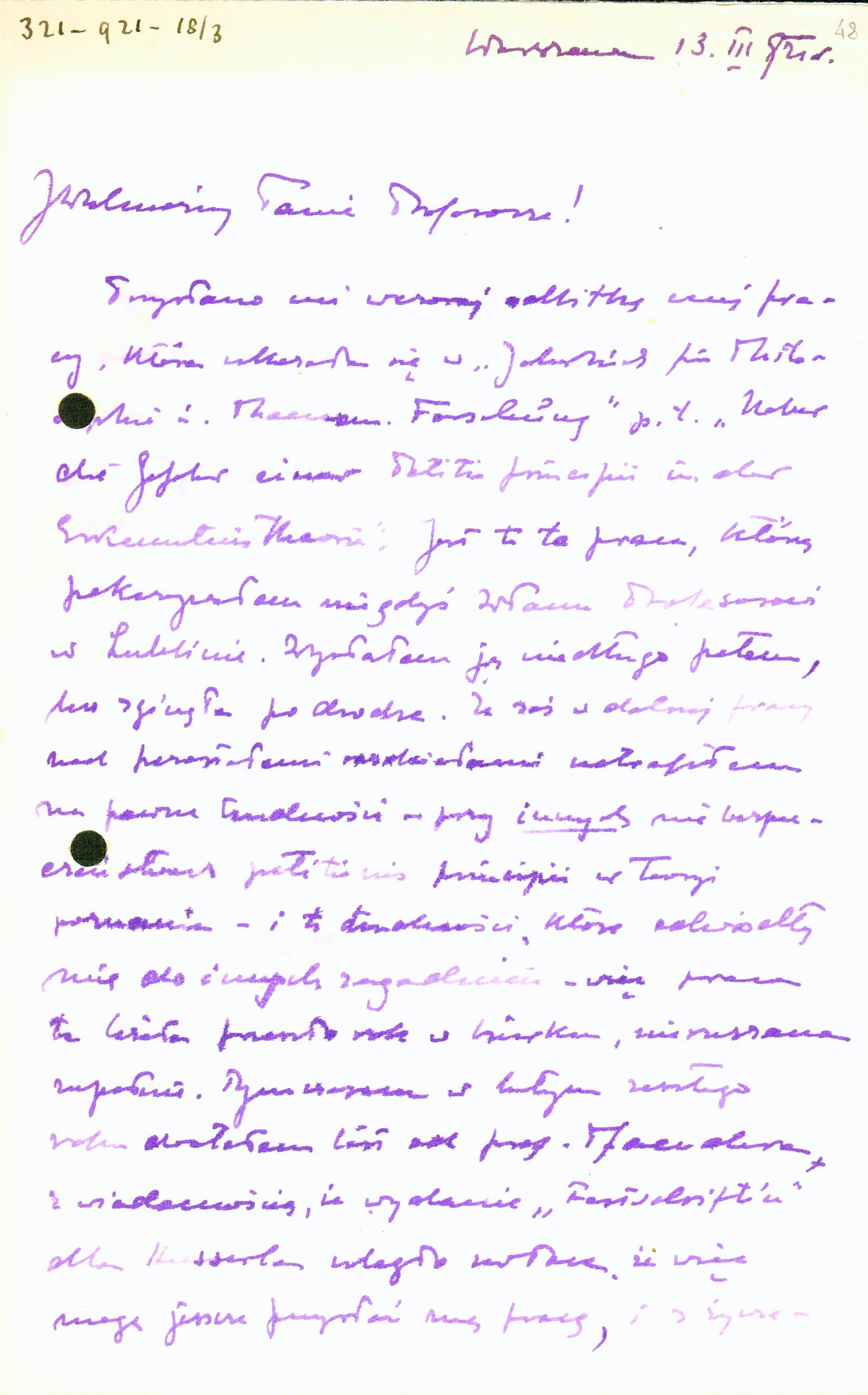 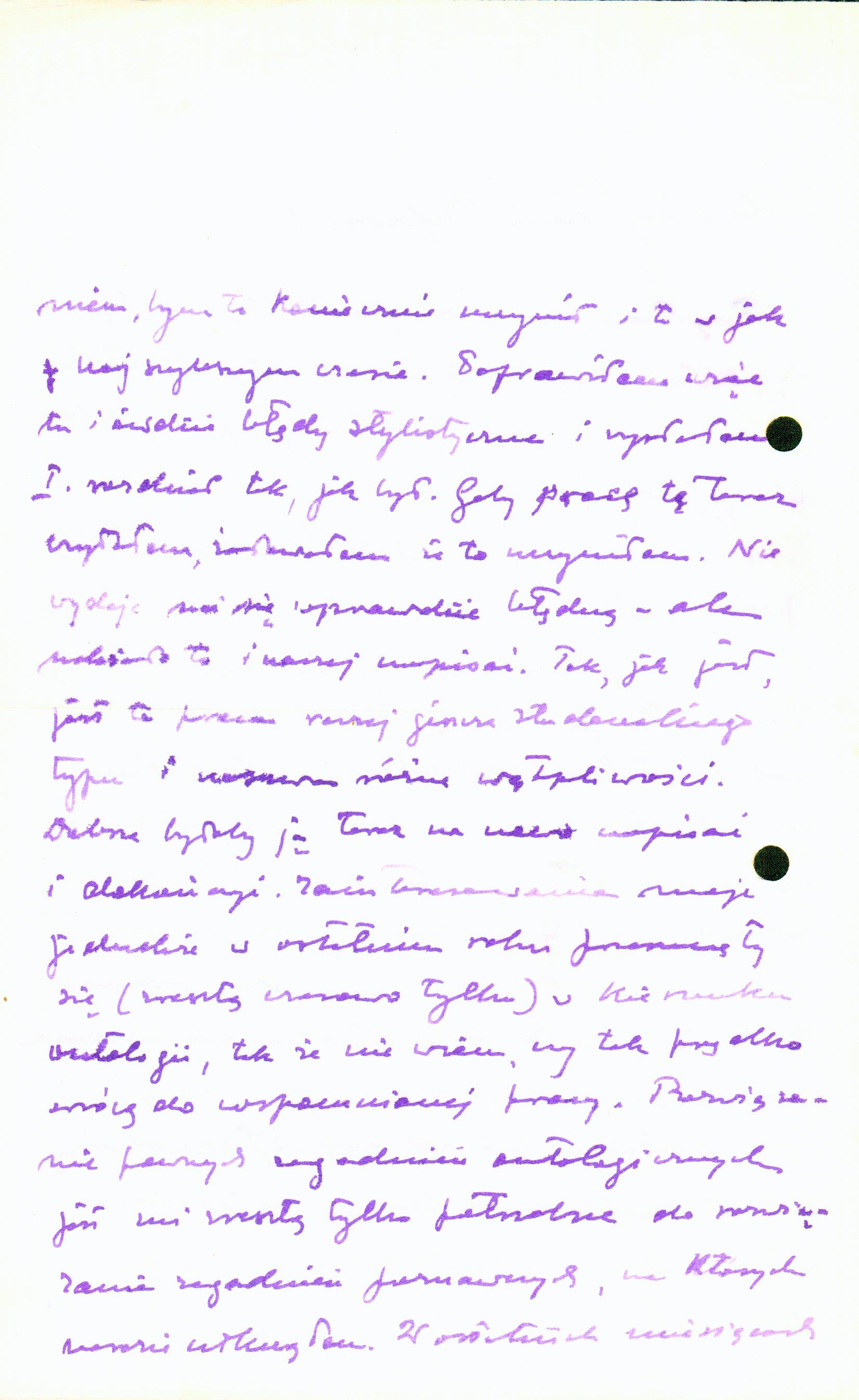 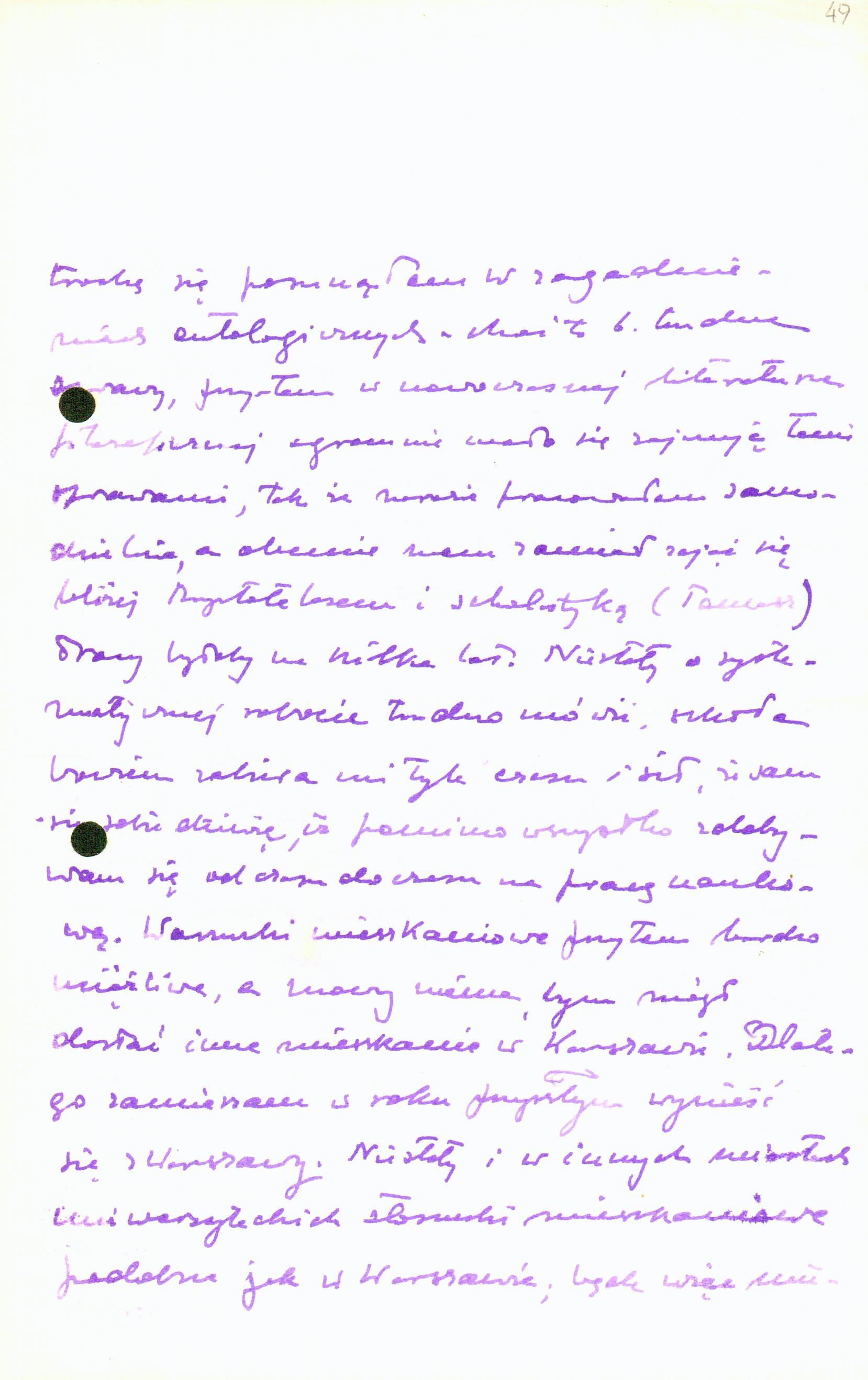 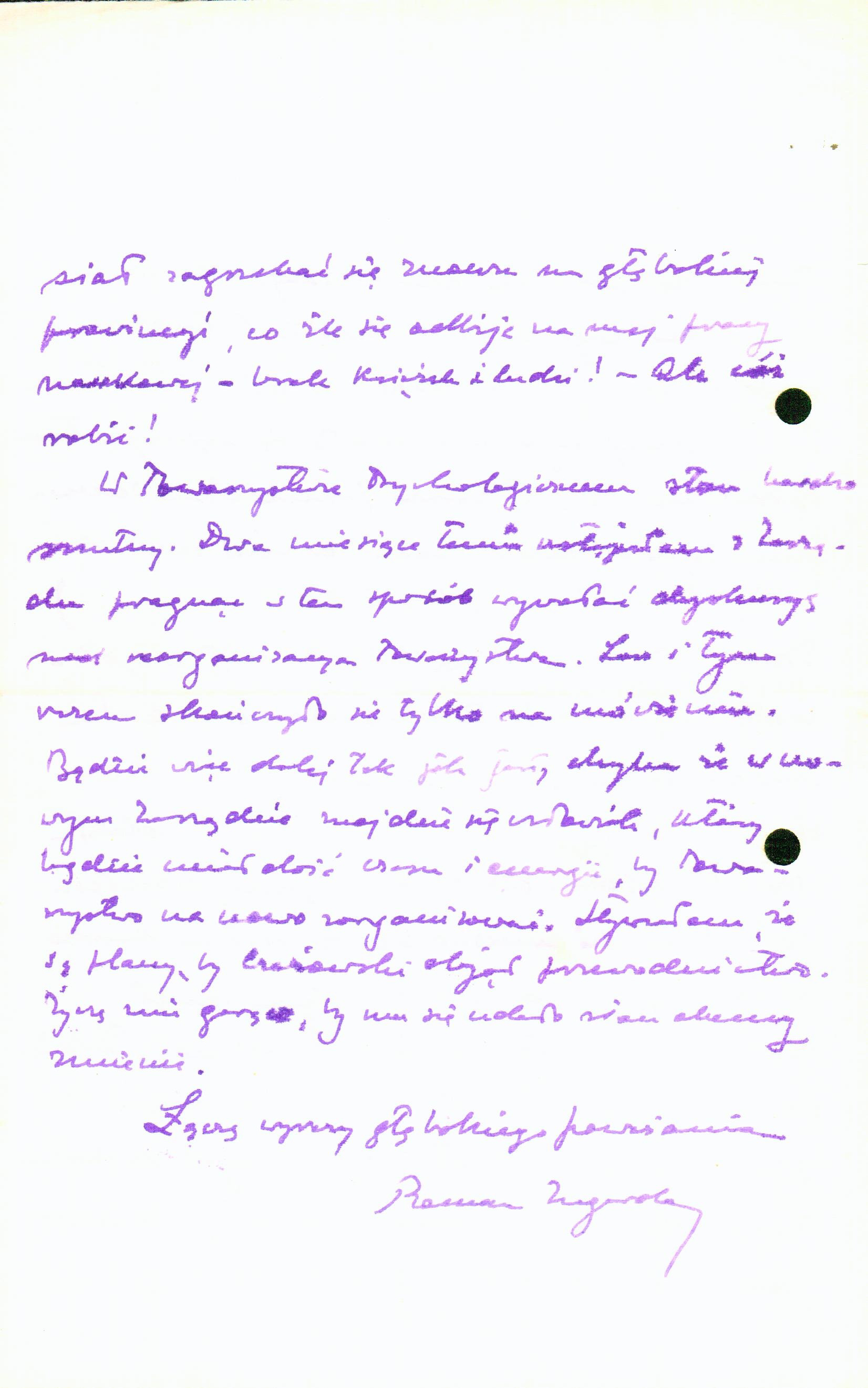 An offprint of my paper, which appeared in Jahrbuch für Philosophie u. Phaenom. [und Phänomenologische] Forschung [German: Yearbook of philosophy and phenomenological research] under the title ‘Ueber [Über] die Gefahr einer Petitio principii in der Erkenntnistheorie’ [German: On the danger of a petitio principii in epistemology], was sent to me yesterday. This is the paper that I once showed you in Lublin. I sent it to you soon afterwards, but it was lost along the way. Because, in my work on the remaining chapters, I encountered certain difficulties ‒ including other dangers of petitionis principii in the theory of cognition, and additional difficulties that diverted me to other issues ‒ this paper spent over a year in my desk, completely untouched. Meanwhile, in February of last year, I received a letter from Prof. Pfaender[O1]  with the news that the publication of the Festschrift [commemorative book] for Husserl had been delayed, so that I could still send my paper, along with the wish that I would do so as soon as possible. Therefore I corrected stylistic errors here and there and sent the first chapter as it was. When I read this work now, I regret having done so. It doesn’t seem to me to be actually incorrect, but it should have been written differently. As it is, it’s rather a student-level paper and arouses assorted doubts. It’d be good to rewrite and finish it now. My interests, however, have shifted in the last year (strictly temporarily, at any rate) in the direction of ontology, so that I don’t know whether I’ll return to this paper so quickly. In any case, the solution to certain ontological issues is necessary solely in order to solve cognitive problems on which I’m stuck at the moment. In recent months, I’ve moved a bit into ontological issues ‒ although these are very difficult, given that the contemporary philosophical literature deals very little with these matters, so that I’ve worked on my own so far; now I intend to take a closer look at Aristotle and the scholastics (Thomas [Aquinas]); this work would take a few years. Unfortunately, it’s difficult to speak of systematic work, because school takes so much of my time and energy that I myself am amazed that, despite everything, I manage some original work from time to time. My living conditions here are extremely oppressive, and there’s no question of my obtaining another apartment in Warsaw. Accordingly, I intend to get out of Warsaw during the next year. Unfortunately, the housing situation in other university cities is similar to Warsaw’s; as a result, I’ll be forced to bury myself again in the sticks, which will have a bad influence on my academic work: no books or people! ‒ But what can I do about it?

The state of affairs in the Psychological Society is very sad. Two months ago, I resigned from the Board, wishing in this way to trigger a discussion about the organisation of the Society. But again, this time it ended in nothing but talk. So it’ll continue as it is, unless someone with enough time and energy to reorganise the Society can be found on the new Board. I’ve heard that there are plans for Czeżowski to take the chair. I fervently hope that he can manage to change the status quo.

Letter to the Committee of the Library of Classics of Philosophy written 14.05.1954