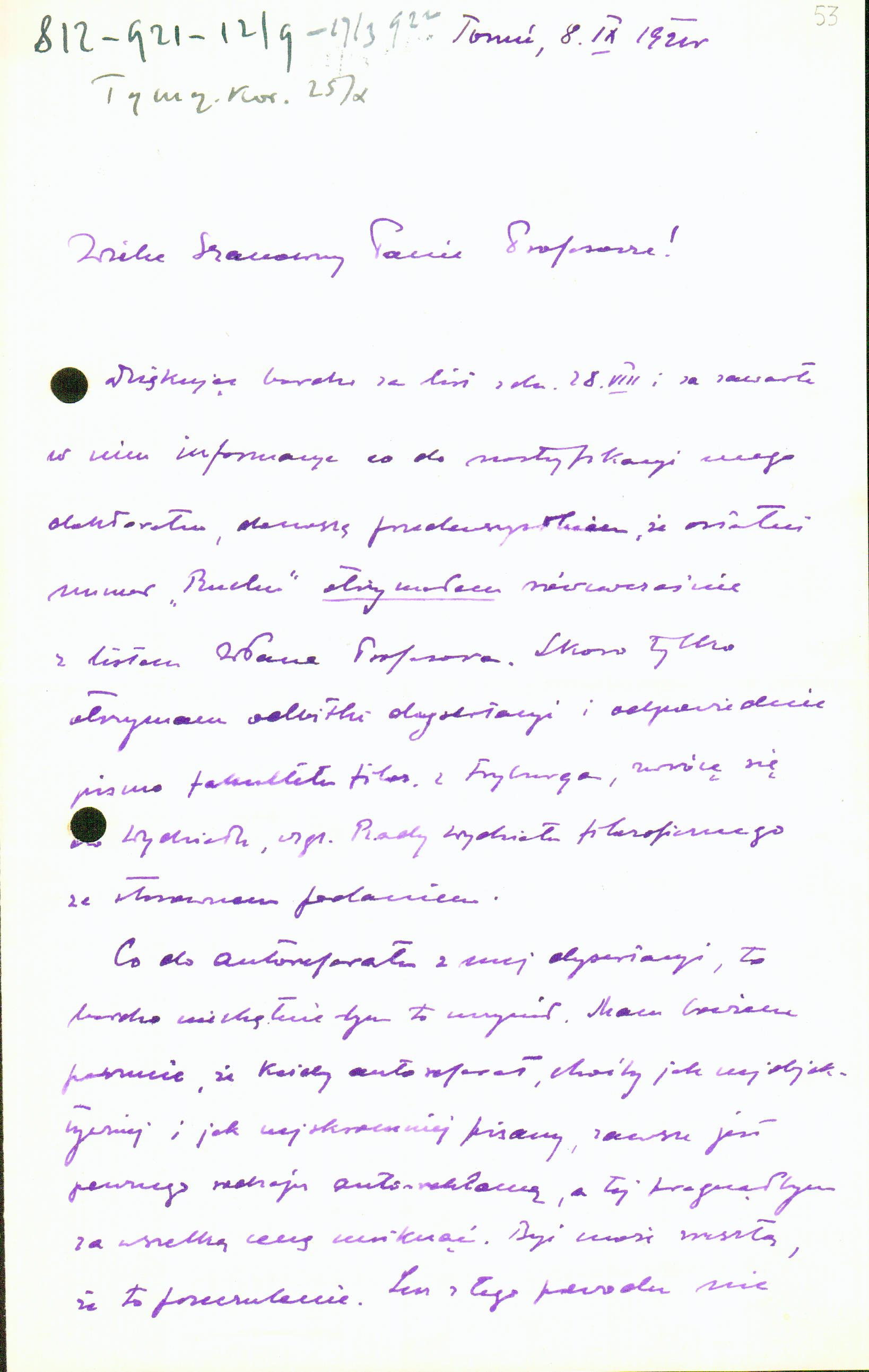 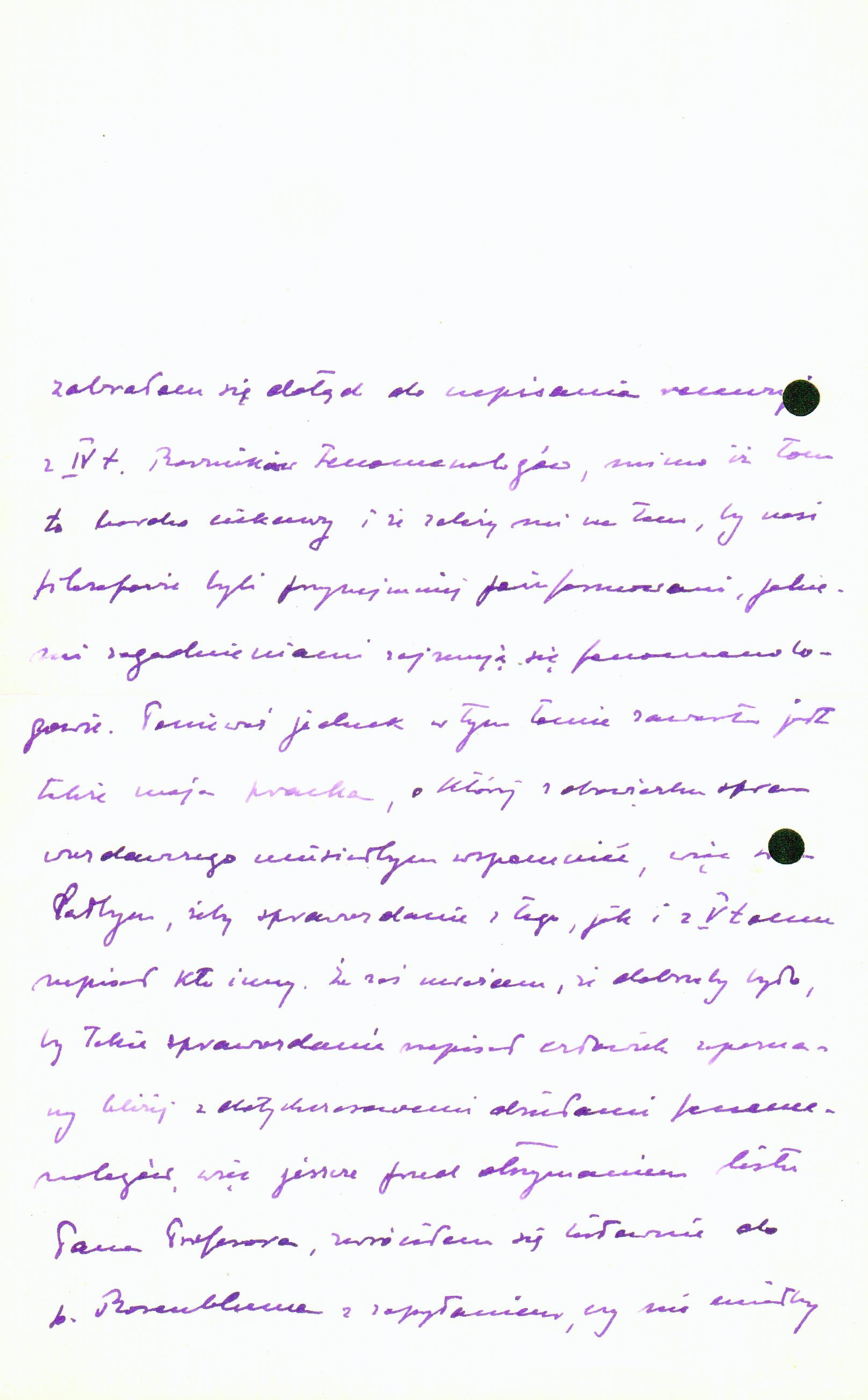 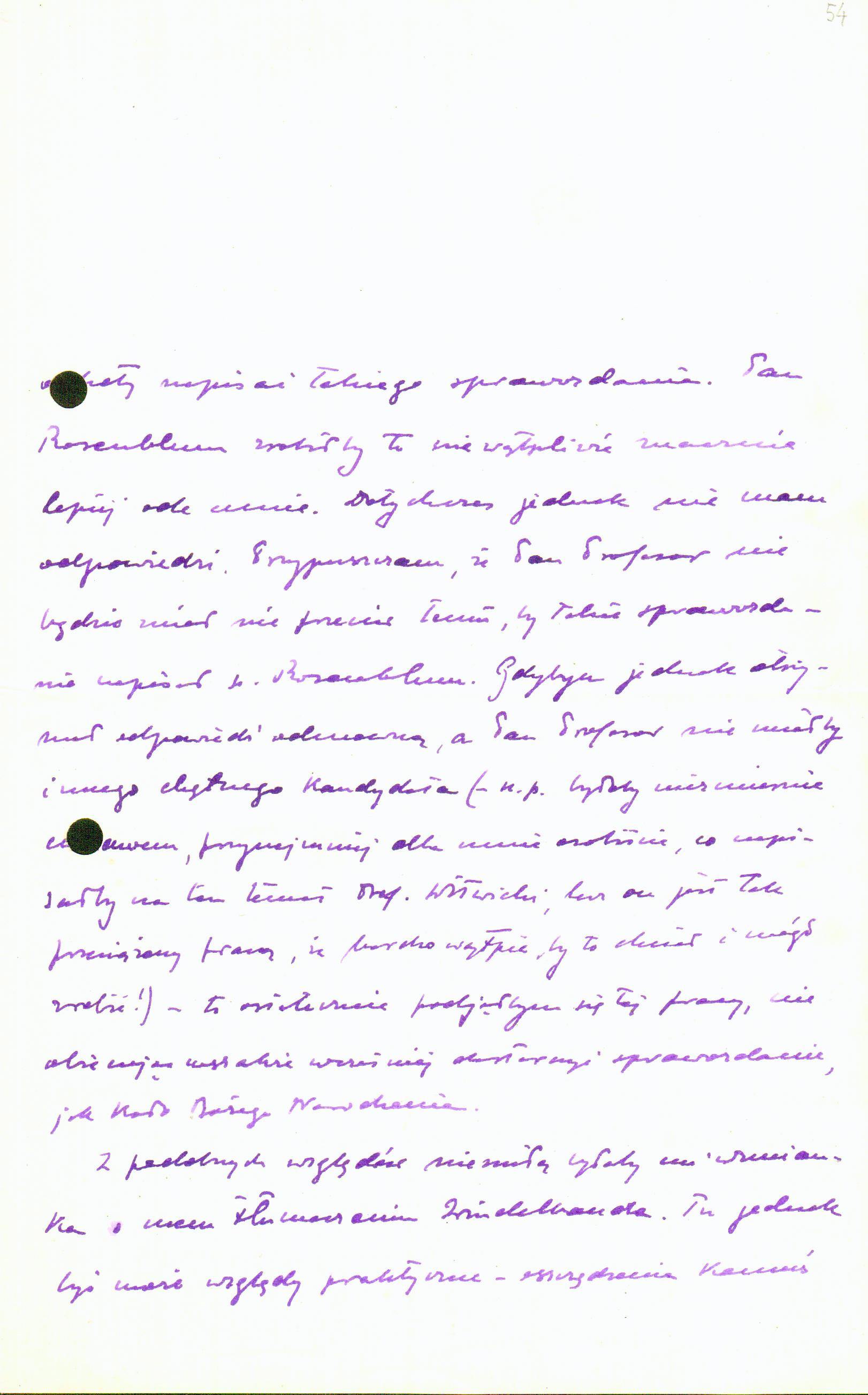 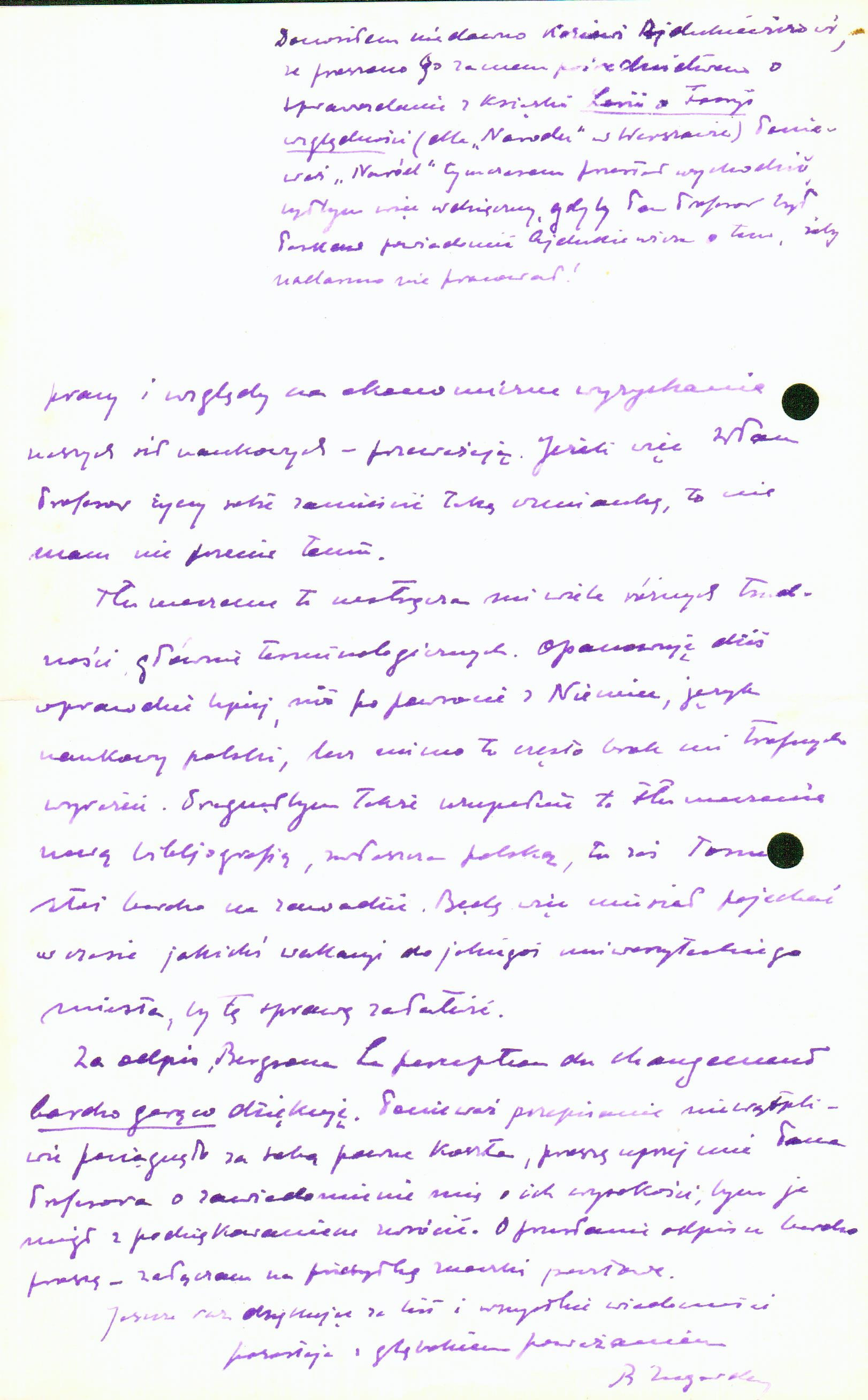 Thank you very much for your letter of 28/8 and for the information contained therein concerning the nostrification of my doctorate. I’d like to inform you, first of all, that I received the latest issue of [Philosophical] Movement along with your letter. Just as soon as I receive offprints of the dissertation and the relevant letter from the philos. faculty in Freiburg, I’ll address the appropriate application to the Department, i.e. the Council of the Faculty of Philosophy.

As for the summary of my dissertation, I’d be very reluctant to produce it, for I have the feeling that every such summary, even the most objective and the most modestly written, is always a kind of self-advertisement, which is something I’d like to avoid at all costs. Perhaps this is squeamishness. But it’s for this reason that I haven’t yet begun to write a review of Volume IV of the phenomenologists’ Yearbook, although this volume is very interesting and it’s important to me that our philosophers should be at least informed as to the issues phenomenologists are occupied with. Because, however, this volume also includes my little paper, which, in view of my obligation as a reporter, I’d have to mention, I wouldd prefer any report on this, as well as on Volume V, to be written by someone else. Since, however, I think it’d be good if such a report were to be written by an individual familiar with the works of phenomenologists to date, I’d written, even before receiving your letter, to Mr Rosenblum[O1] , asking whether he might wish to write such a report. Mr Rosenblum would doubtlessly do it significantly better than I would. So far, however, I’ve had no answer. I don’t suppose you have anything against such a report being written by Mr Rosenblum. If, however, I were to receive a reply in the negative, and you had no other willing candidate (e.g. it would be extremely interesting, for me personally at least, to see what Prof. Witwicki would write on this topic, but he’s so overloaded with work that I doubt very much that he would or could do it!), then I’d ultimately undertake this job, without promising, however, to furnish the report any earlier than around Christmas.

For similar reasons, it’d be distasteful for me to mention my translation of Windelband. Here, however, perhaps practical considerations ‒ saving someone work, and with regard to the economical use of our academic forces – prevail. Thus, if you wish to include such a mention, I have nothing against it.

This translation is creating many assorted difficulties for me, mainly terminological. Today I’ve mastered Polish academic language to a greater extent than I’d done following my return from Germany; nevertheless, I often lack apt expressions. I’d also like to supplement this translation with a new bibliography, especially a Polish one; here, though, Toruń is a great obstacle. Accordingly, during one of these holidays, I’ll have to go to a university city to take care of this.

I thank you warmly for copying Bergson’s La perception du changement [The Perception of Change]. Because copying it undoubtedly entailed certain costs, I politely ask you to inform me of the total, so that I might return it with thanks. Please send the copy – I’m enclosing postage stamps in the package.

Thank you again for your letter and all the news

I remain, with profound esteem

I called Kazi Ajdukiewicz recently, telling him that he had been asked, through me, for a report on Loria[O2] ’s book on ‘the theory of relativity’ (for Nation in Warsaw). Since Nation has meanwhile ceased publication, I would be grateful if you’d graciously inform Ajdukiewicz of this, so that he won’t work for nothing!