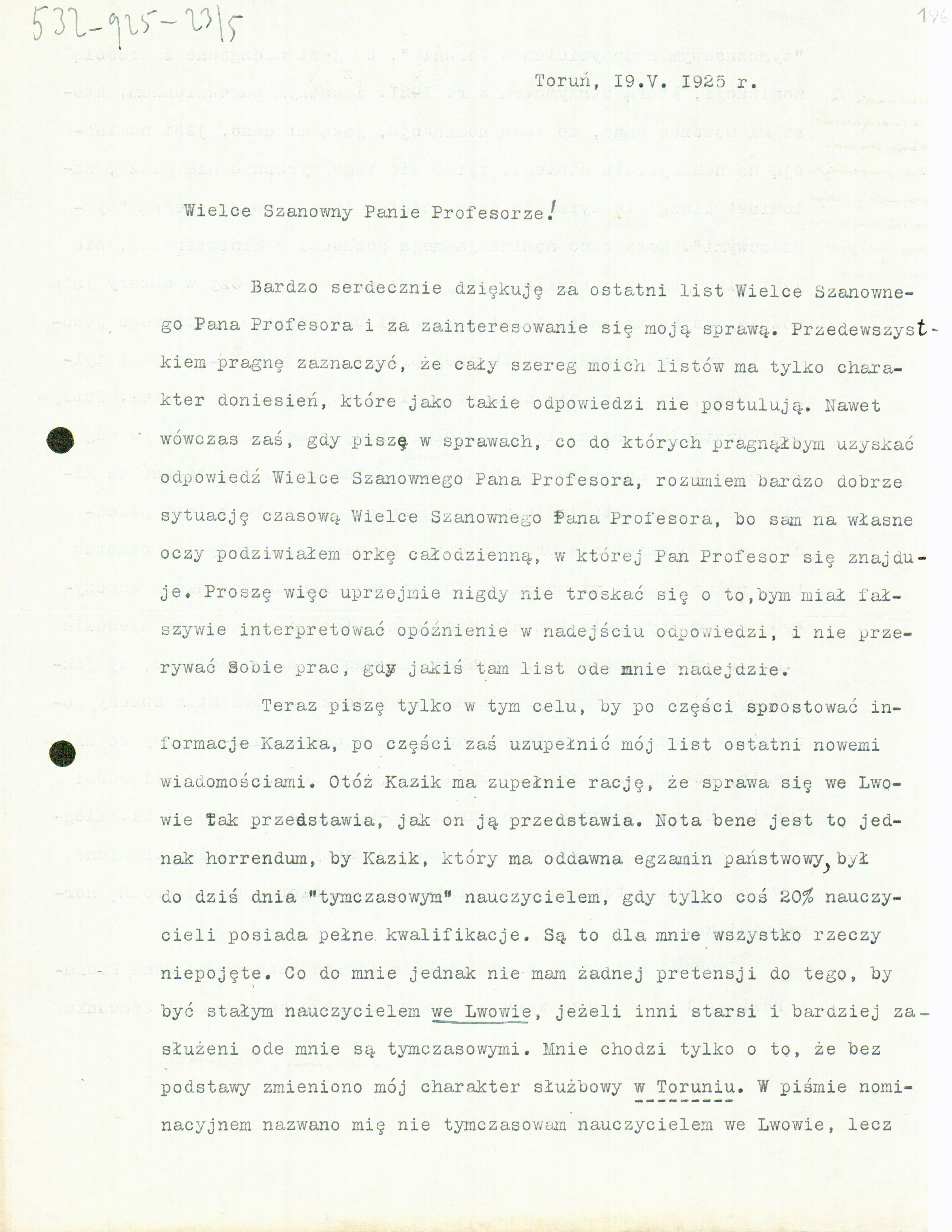 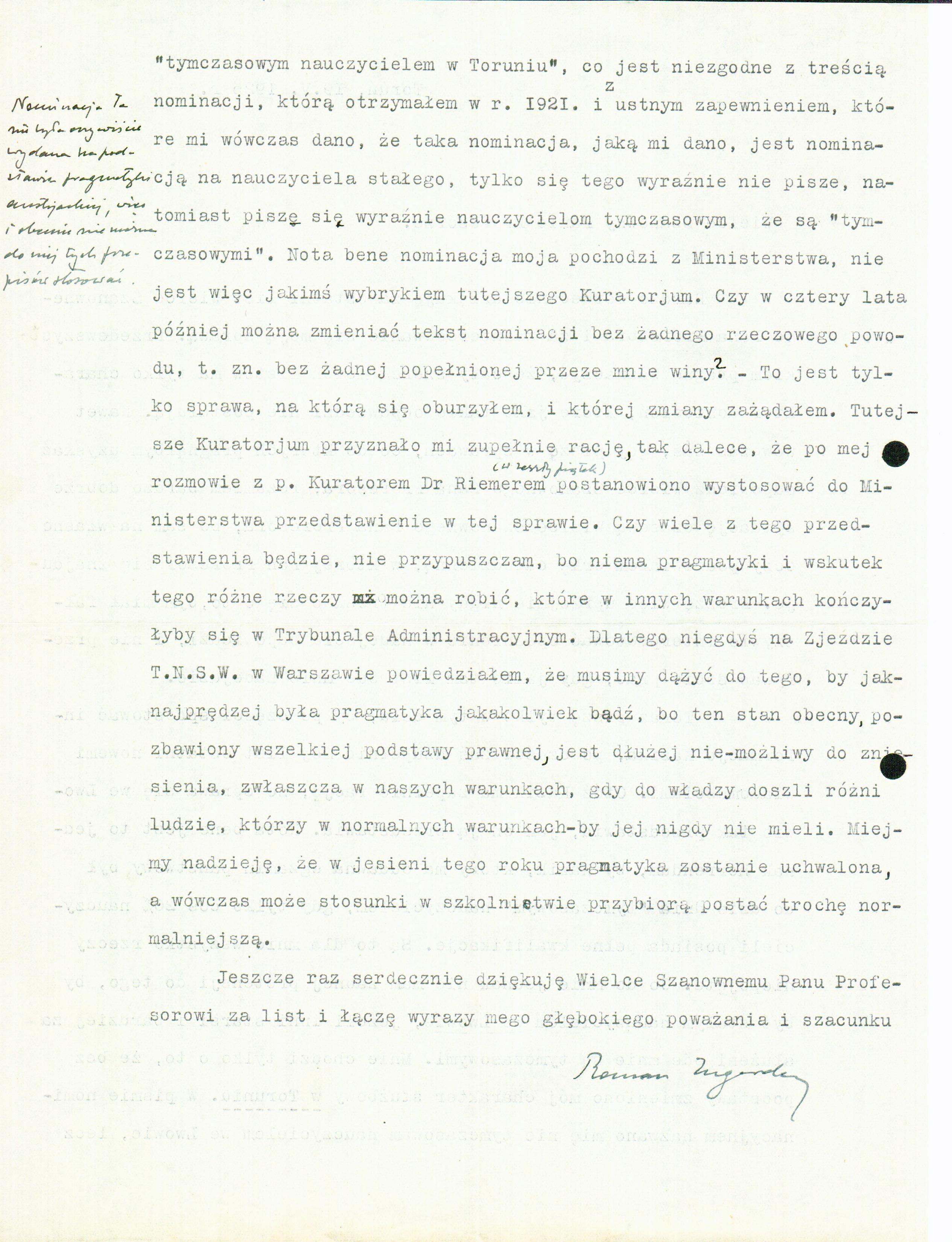 I thank you very cordially for your last letter and for your interest in my affairs. First of all I wish to emphasise that my whole series of letters is of an informative nature only, and, as such, doesn’t demand any replies. Even when I write about matters to which I’d like to get your response, I understand your situation regarding time very well, as I myself have marvelled with my own eyes at the daily grind you’re faced with. Thus I ask you politely never to worry that I might misinterpret a delay in your response, as well as not to interrupt your work when a letter of mine arrives.

I’m only writing now partly to correct Kazik [Ajdukiewicz]’s information, partly to supplement my last letter with new information. Well, Kazik is quite right that the matter in Lviv is as he presents it. Nota bene, though, it’s monstrous that Kazik, who has long had a state examination to his credit, is to this day a ‘temporary’ teacher, when only something like 20% of teachers possess full qualifications. These things are all inconceivable to me. As for me, however, I have no claim to being a permanent teacher in Lviv, if others, older and more deserving than me, are temporary. My concern is only that my professional level in Toruń was altered without any basis. In the appointment document, I was referred to not as a temporary teacher in Lviv, but as a ‘temporary teacher in Toruń’, which is inconsistent with the content of the appointment I received in 1921, and with the oral assurance that was given to me at that time that the appointment given to me then was an appointment as a permanent teacher; it’s only that this is not clearly written, whereas it is clearly written, in the case of temporary teachers, that they are ‘temporary’. Nota bene, my appointment is from the Ministry, so it’s not some kind of caprice of the local Board. (This appointment, of course, was not issued on the basis of Austrian regulations; thus those rules cannot apply to it at present either.) Is it possible, four years later, to change the text of the appointment without any real reason, i.e. without my having committed any fault? ‒ This is the only matter that I’ve been indignant about, and regarding which I’ve demanded changes. The local Board conceded that I was completely in the right, to the extent that, following my conversation (last Friday) with Dr Riemer[O1] , the superintendent of the Board, it was decided to present this matter to the Ministry. I don’t suppose much will come of this presentation, because there are no regulations and as a result various things might be done which, in other conditions, would end up in the Administrative Tribunal. This is why once, at the Congress of the Society of Secondary School Teachers in Warsaw, I said that we had to move towards regulations of any kind as rapidly as possible, because the present state of affairs, devoid of any legal basis, was no longer supportable, especially in the conditions prevailing at that time in Poland, when various people were coming into power who would never have done so under normal circumstances. Let’s hope that such regulations will be passed this autumn, and that then, perhaps, relations in education will assume a more normal character.

Again, I cordially thank you for your letter and enclose expressions of my profound esteem and respect

Letter to the Committee of the Library of Classics of Philosophy written 31.03.1952